I started a new project using vb.net and micro ORM DAPPER.NET . Over nuGet I integrated the dapper and dapper.simpleCRUD . My problem is appears when i want to execute some CRUD operations i have a problem with SqlMapper.cs .I do not know whay because I successfully integrated into the project a "dapper.simpleCRUD" extension . What am doing wrong?? 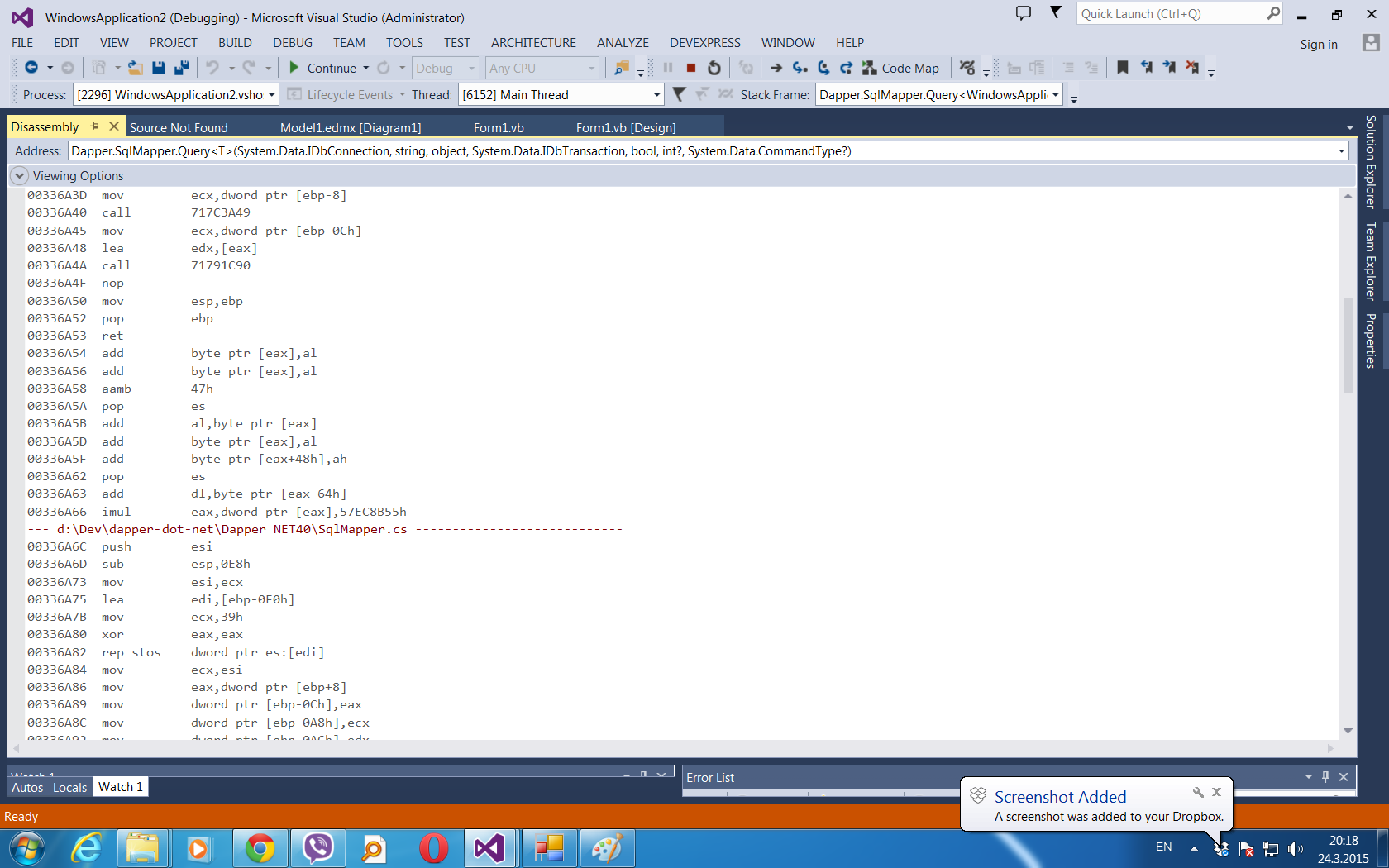 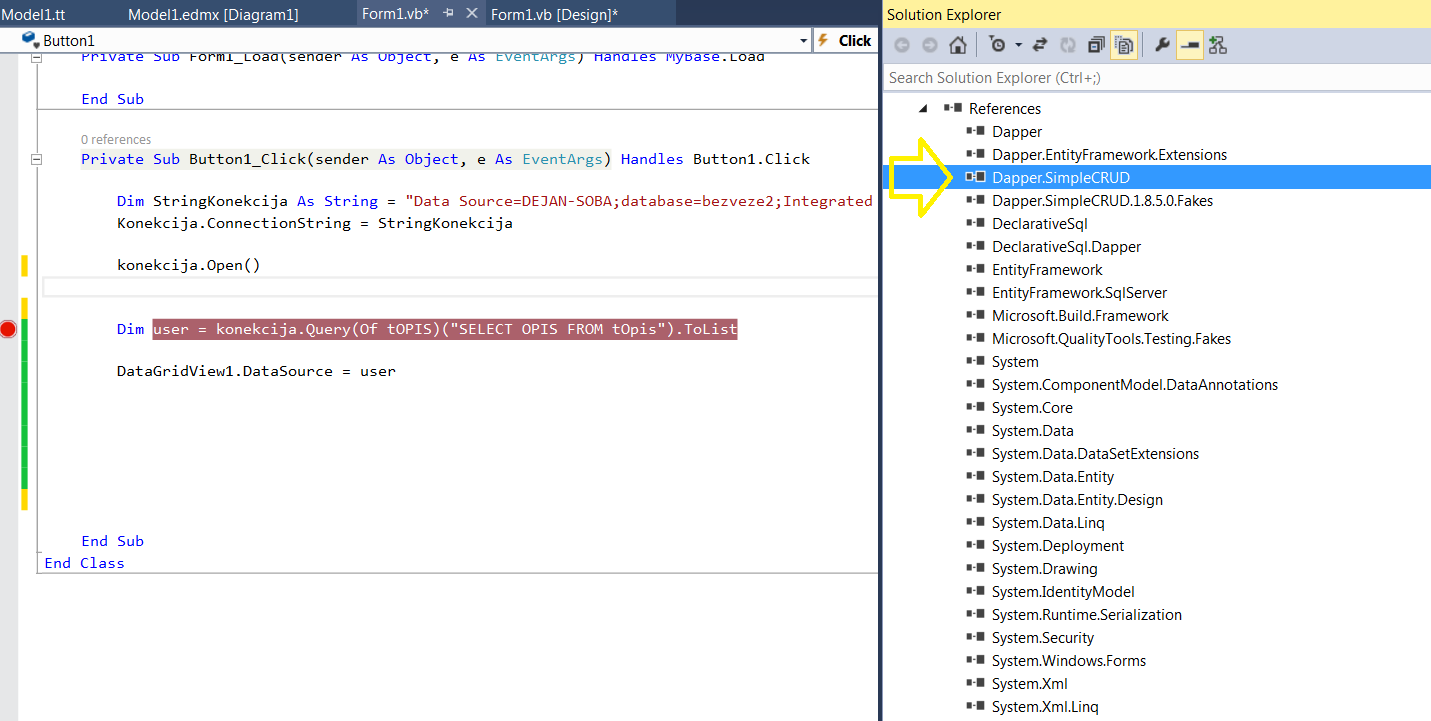 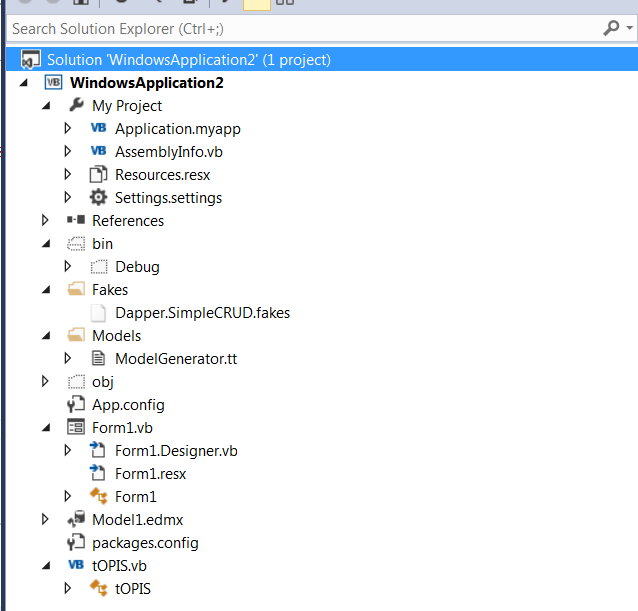 I try manual to add SqlMapper.cs file and i get this: 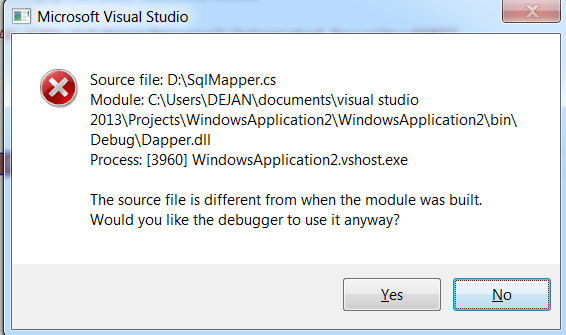 The IDE is simply presenting a confusing UI here. The problem is not that SqlMapper.cs is missing. Rather, some exception has happened (presumably a SQL error), and rather than simply show you the failure, the IDE is attempting to show you the original point where the error is detected as code. Which it doesn't have! Basically, ignore the request for SqlMapper.cs - that is just the IDE having a bad day. What you actually need to do here is to focus on finding the exception. That might be hidden in another window, or it might appear when you click one of the buttons. In the worst case, just run the code outside of the IDE - the IDE can't stick its nose in if it isn't running! You should eventually find the actual exception, which is probably either a ADO.NET connection failure, or invalid SQL being used.